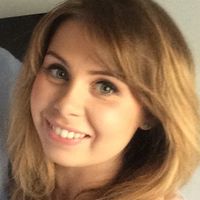 A decision in the high court last year has left a big question mark over the enforceability of restrictive covenants in franchise agreements. In doing so, it has cast a shadow over the confidence that franchisors previously had in the enforceability of their covenants (provided that a 12-month restriction applied). It also provides an example of a slightly unusual interpretation of a force majeure provision against the backdrop of COVID-19.

The claimant, Dwyer (UK Franchising) Ltd (Dwyer) is the franchisor of the ‘Drain Doctor’ brand – a plumbing and drain repair service. In October 2018, the defendant Fredbar Ltd (Fredbar) entered into a 10-year franchise agreement with Dwyer with Mr Bartlett as the guarantor, who solely ran the business. Under the agreement, Fredbar had the exclusive right to trade within nine postcode areas in Cardiff.

When COVID-19 hit in March 2020, Mr Bartlett was required to self-isolate due to his son being clinically vulnerable and so asked Dwyer if the agreement could be suspended under the force majeure clause. As Drain Doctor was a key worker service, Dwyer argued that the force majeure provision did not apply, but agreed that Mr Bartlett would not have to pay the franchise fee if he was self-isolating. If Fredbar continued to trade, all fees due under the agreement were due as normal.

While the agreement was suspended, Mr Bartlett used his Drain Doctor van to visit a customer, doing so under Fredbar trading as Daily Drains (rather than Drain Doctor).

Dwyer terminated the agreement by letter in August 2020 and brought a claim against Fredbar for, amongst other things:

The judge found that Dwyer had failed to properly comply with the force majeure clause. The relevant clause in this case provided that the agreement would be suspended during any period that either of the parties was prevented from complying with their obligations “by any cause which the Franchisor designates as force majeure”. A unilateral power to call a force majeure event comes with a duty to do so honestly, in good faith and genuinely and found that, and the court found that, by failing to consider all relevant factors (in particular the need for the franchisee to isolate for his son’s welfare) Dwyer was in breach of this duty.

However, as Mr Bartlett had accepted Dwyer’s offer to suspend the requirement for any franchise fees to be paid while he was self-isolating, the agreement had been affirmed. It was therefore held that the agreement was terminated by Dwyer in August 2020 when Dwyer accepted Fredbar’s repudiatory breach.

The judge held that the restrictive covenants were unenforceable on the basis that Fredbar and / or Mr Bartlett were restricted from things such as sub-contracting, or being employed by a plumbing or drainage company even where this would have no impact on Dwyer’s goodwill. The unreasonableness of such restrictions was said to have been obvious to Dwyer at the time the agreement was entered in to, particularly as it would increase the risk that Mr Bartlett would become unemployed and face serious financial hardship. It was also relevant that there was no evidence of any discussion of the covenants when the agreement was entered in to, which highlights a reluctance from the court to treat franchisors and franchisees as parties with equal bargaining power and to interpret agreements accordingly.

What do franchisors need to know?

As always, enforceability and reasonableness of restrictive covenants in franchise agreements will be very fact specific, but this case shows an unwillingness from the court to disregard factors outside of the strict contractual wording. In the context of the current pandemic in particular, this is something that franchisors should be aware of.

Since March 2020, force majeure clauses have been the subject of much discussion and scrutiny for obvious reasons, and this was one of the first cases to consider force majeure clauses in the context of the pandemic. However, this case also acts as a reminder to franchisors that unilateral rights to call a force majeure event (including to call that an event does not constitute as force majeure) have to be exercised honestly, genuinely and in good faith.

Photo by Jonny Gios on Unsplash Environmental claims: Getting to the meat of the matter
Emily Stirling

Cash, card or crypto? Gucci set to be the latest luxury retailer to accept crypto payments in store
Emily Stirling

Online Sales Tax consultation published – but will this sink or save the high-street?
Emily Stirling

Where in the world? It may not be what the contract says
Emily Stirling
Recent posts from Lewis Silkin - Digital, Commerce & Creative

Buy Now Pay Later: FCA regulation appears to be looming. What might this mean for those offering this form of payment option?
Wendy Saunders, James Gill
repost  cancel