Have you noticed how some websites are set up to make it difficult for you to carry out certain actions?  Or make you think that a product is selling out so fast you may miss out?  If you are on Twitter it is well worth following the account “Dark Patterns” which “showcases” examples of the techniques used by websites to “nudge” consumers into behaviour that may not be in their best interests.

The European consumer body BEUC has carried out a study of 11,000 websites which showed that design choices and patterns of operation that steer the user’s decision-making are nearly always present.  Such practices include creating a false sense of urgency, eg by saying x number of users have bought that item that day or that there are only two of that item left when there are more left) or hijacking the transaction (for example, sneaking a subscription into the basket).  Some platforms have also been found to design their interface in a way that consumers would share more data than they would normally do, or by making it harder to deactivate privacy-intrusive features.

The BEUC report points out that consumers increasingly face “dark patterns” because on-line user interfaces are designed to deceive consumers to take decisions that are not in their favour but serve companies’ commercial interests. The use of unfair practices to distort consumers’ economic behaviour is not new, but it’s now a different ball game due to the massive collection of data and the use of technology to build consumer profiles and anticipate consumer behaviour. EU consumer law already has partial capacity to address these situations, but it is currently not sufficiently enforced. In addition, BEUC says that EU law must be updated to tackle these unfair practices and ensure consumers are not harmed by misleading user interfaces and data personalisation techniques.

BEUC have made a series of recommendations for the Consumer Protection Cooperation Network and the European Commission to tackle the problems.

Recommendations for the CPC network:

Significance for the UK

In the UK, the government has consulted on making changes to consumer law, for example to deal with subscription traps, the CMA has been dealing with subscription traps and the ASA has also produced guidance for advertisers on subscriptions and subscription traps.  The government consultation also considered the online exploitation of consumers through dark patterns and other practices such as drip pricing (where a consumer is advertised a price for goods, services, or digital content, but then finds that additional fees and charges have been added to the price before the transaction can be completed).  The UK’s upcoming online advertising review may also lead to changes.  It is therefore likely that provisions to deal with these practices will also find their way into UK law.

"The Consumer Rights Directive should introduce a specific obligation to have a contract cancellation button which should make the cancellation of the contract as easy as the agreement to enter into it. This solution would prevent consumers from being locked into subscriptions contracts because of obstacles put in place to make it difficult to cancel them”. 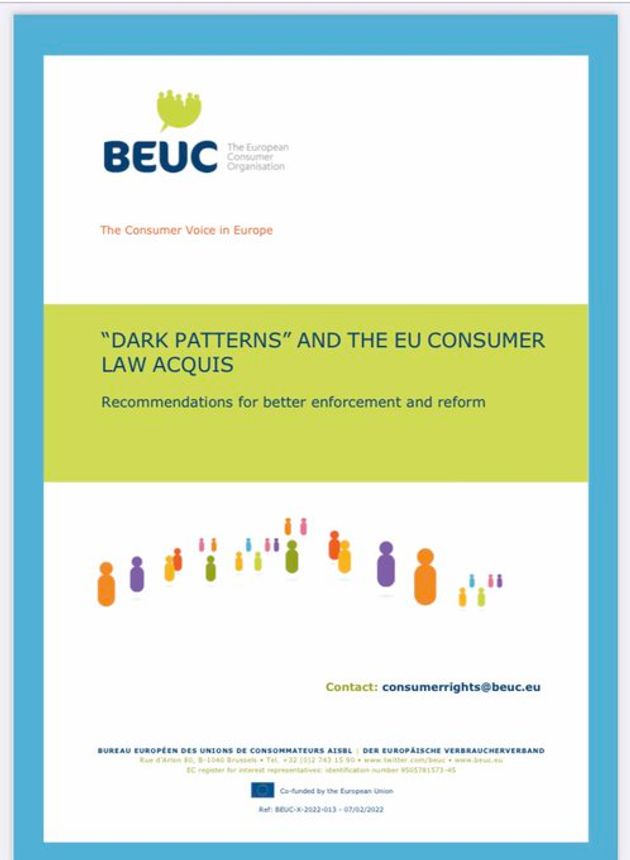 An update from the EU on commercial agency contracts
Alan Hunt