This summer, the House of Commons DCMS Select Committee published its long awaited report into influencer culture. It said that the rapid growth in influencer culture had exposed a number of regulatory gaps and the Committee called on the UK government to strengthen both advertising regulations and employment law.

Now, in September 2022, following a tumultuous few weeks and months for British politics, the UK government has published its response to that consultation. The response consists of warm words, but little in the way of concrete actions. The UK government said that it welcomes the publication of the report and is grateful for the Committee’s comprehensive inquiry into influencer culture. It recognises the rise of influencer culture and the impact this is having on both traditional and digital media as well as advertising.

The government agrees with the Committee that pursuing a career as an influencer often comes with unrecognised challenges, including with those in the public eye often facing harassment online. It acknowledges that there has been a worrying rise in the amount of online abuse, harassment and intimidation directed at those in public life, including influencers.

It says that is committed to "making the UK the safest place in the world to be online" and refers to the Online Safety Bill, which will require tech companies to improve the safety of their users, and to take swift and effective action against threats on their services.

These appear to be mere echoes of phrases we have been hearing over recent years. Claims that sounded ambitious and exciting (albeit grandiose) a year or two ago, but are now starting to ring hollow.

In reality, the progress of the Online Safety Bill is currently paused while the new government reviews it, with a view to significantly trimming the most controversial elements of that proposed legislation.

The government says that it appreciates that there is a regulatory gap when it comes to protecting child influencers to ensure they have suitable work conditions, and the Department for Education is open to exploring what legislative options may provide children with greater protection - however, it has not said that it will explore those options.

The government also recognises the risk of children being exploited, both as consumers of influencer content and as influencers themselves. Children are often unable to identify undisclosed advertising and find it difficult to separate this from other types of content they view on social media. It refers to its existing work on the Online Media Strategy, which provides help with identifying different types of content online such as advertisements.

The government also says that it will continue to work with industry partners to improve advertising disclosure rates from influencers, thereby improving the transparency of their posts.

Comment by Geraint: Those of us working in this sector will know that despite the ASA banging on about disclosures for a long time now, there is still much to be done not only in ensuring influencers do comply with their general obligation to identify when their posts are 'commercial' in nature, but also to persuade the ASA to take a much more nuanced and intelligent approach to this whole issue of labelling commercial content. The ASA often insists that the label '#ad' or 'advertisement' be attached to so many disparate types of content that these labels/phrases have lost all meaning. In some cases, it can even be misleading to use these labels in my view, but the ASA keeps doubling down on this, based on very little evidence as far as one can tell. Certainly the ASA's own research, conducted by IPSOS MORI in 2019, does not seem to support the ASA's position in the way the ASA seems to insist it does, and there has been no appetite by the ASA to carry out or make available further meaningful research in this area. Perhaps the confusion stems from the fact that the ASA considers that all commercial communications are 'advertisements', even though in my experience consumers don't share the ASA's definition of 'advertisement'.

I am calling for a re-think on the ASA's approach, which seems to be that you don't have to use 'ad' as a label, but the ASA (and CMA for that matter) are not prepared to sanction or suggest any other viable alternatives - instead, they tend to uphold complaints against anyone who doesn't use ''ad" to identify a post that can be loosely described as having a commercial purpose in the broadest sense. I won't go list the various examples here - perhaps that's one for another blog post!

So will the ASA continue down this path and insist that influencers and marketers and media owners use 'ad' as a blanket, one-size-fits-all disclosure? Or will the ASA take this opportunity to review their approach, and adopt a more enlightened, intelligent, nuanced, evidence-based approach? So far, there doesn't seem to be any indication of a change of mood at the ASA - they will keep doubling down. So for now, 'advertisement' or 'ad' is your get out of jail free card, whether it's an advertisement or not!

The government strongly supports the work of the Incorporated Society of British Advertisers (ISBA) to create an influencer code of conduct, which has been updated to include commitments to diversity and inclusion. The government also notes that the ASA has published guidance for influencers whilst members of the Influencer Marketing Trade Body must adhere to their own code of conduct. The government agrees with the Committee that developing a code of conduct which promotes best practice for arrangements between influencers, brands and talent agencies would effectively complement ISBA’s existing work in this field. It says that it has already held initial discussions about what guidance should be included as part of the proposed code of conduct and look forward to continuing to develop this piece of work with them.

The government welcomes the Committee’s recommendations on the powers available to the ASA. Through its work on the Online Advertising Programme, the Government is currently considering the ASA’s regulatory tools and will update on its findings in due course. It also agrees that the CMA should have more powers and it will (eventually) bring forward its Digital Markets, Consumer and Competition Bill to provide for regulatory changes (this was announced in the Queen's Speech in 2022 but has not been introduced to parliament yet). The ASA and CMA have also responded to the Committee separately.

The government says that the Committee’s report sheds light on the influencer ecosystem and as a result its first focus will be on working through as many of the specific proposed frontline actions as possible. As a result, the government is not going to commission a separate study of the influencer marketplace at this time, but says that it will keep the issue under review.

Finally, it has to be noted that the new UK government led by Liz Truss has signalled its intention for less regulation, and 'smaller government', so we will watch this space to see whether there will instead be a bonfire of the previously proposed regulations in some of these areas, as there have been in many others areas such as HFSS and environmental protections. 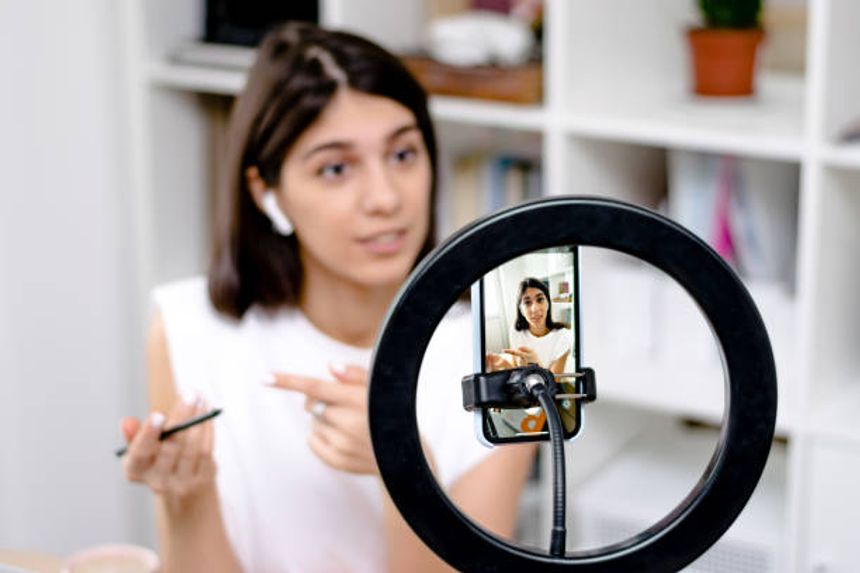