With just two days to go until the tournament kicks off, it has been announced that beer will be banned within stadiums at this year's World Cup. The last minute U-turn comes at the express demand of Qatar's Al Thani royal family and threatens to decimate the sponsorship deal Budweiser has in place with FIFA to be the exclusive beer supplier for the tournament.

Alcohol is tightly controlled in Qatar as a "dry state" under normal daily life, typically only accessible within specifically licensed hotel bars and restaurants away from street view. Qatari authorities had previously indicated a willingness to relax alcohol restrictions to allow FIFA sponsors to sell their products at matches, with the agreed position being that alcohol could be sold outside the stadium bowl itself (within the perimeter for ticket holders before kick-off or post-match).

However, only last week, Budweiser was ordered to relocate its stalls selling beer outside World Cup stadiums after the Qatari rulers decreed that alcohol should be "less prominent" at live games - leading to solemn scenes of red Budweiser tents being wheeled out-of-sight at the 8 designated stadiums.

But at this 11th hour, the Qatari royals have now imposed a total ban on beer sales at stadiums. Whilst beer is still intended to be available in certain designated fan zones (for now), this is sure to have the lawyers at both FIFA and Budweiser sweating over the wording of the sponsorship contracts they painstakingly drafted and agreed for the tournament.

Budweiser is one of FIFA's most lucrative tournament sponsors, reportedly having secured a $75m (£63m) sponsorship deal to become the Qatar World Cup's exclusive supplier of beer (a deal agreed on the premise that beer could be sold within stadiums). If FIFA is unable to deliver on the sponsorship rights that Budweiser have paid-out such princely sums to secure, this is likely to be regarded as a major breach of contract. We can safely assume the contracts are being scoured and legal knives are being sharpened this Friday afternoon.

But for a World Cup already steeped in controversy, should we be surprised? The lead-up to this tournament has rightfully been marred by the dreadful working conditions and denial of wages for migrant workers; thousands of "unexplained" deaths for stadium construction workers; ongoing suppression of LGBT+ rights; widespread allegations of 'paid supporters'; and disruption to the domestic winter footballing calendar - let alone the questions swirling around the legitimacy of the decision to hold the tournament in Qatar in the first place.

As an interesting aside, out of the 22 FIFA executives who voted back in 2010 that the World Cup should be held in Russia (in 2018) and Qatar (in 2022), 16 of those individuals have either been banned for life from football, accused of or indicted for criminal corruption, involved in FBI cases or accused of ethical violations but not convicted.

This last minute prohibition on beer sales is perhaps just the latest example of the unpredictable and challenging environment in which football's global showpiece event is being played out this year. Like any contract, high-value sponsorship deals require certainty - not just in the drafting of the contractual wording, but also in respect of the legal and regulatory environment in which the sponsorship will play out.

The Football Supporters' Association, for fans in England and Wales, has criticised what it described as a "total lack of communication and clarity from the organising committee towards supporters". It said in a statement: "If they can change their minds on this at a moment's notice, with no explanation, supporters will have understandable concerns about whether they will fulfil other promises relating to accommodation, transport or cultural issues." Sponsors may well be similarly anxious about the terms of their agreed sponsorship deals for the upcoming tournament.

It remains to be seen how FIFA and Budweiser will resolve this conundrum. Will they be able to resolve this amicably and find a commercial compromise to the sponsorship package previously agreed, or might this one be heading to the courts? Fascinating and something to watch develop this weekend as the kick-off of the tournament looms.

If they can change their minds on this at a moment's notice, with no explanation, supporters will have understandable concerns about whether they will fulfil other promises relating to accommodation, transport or cultural issues. 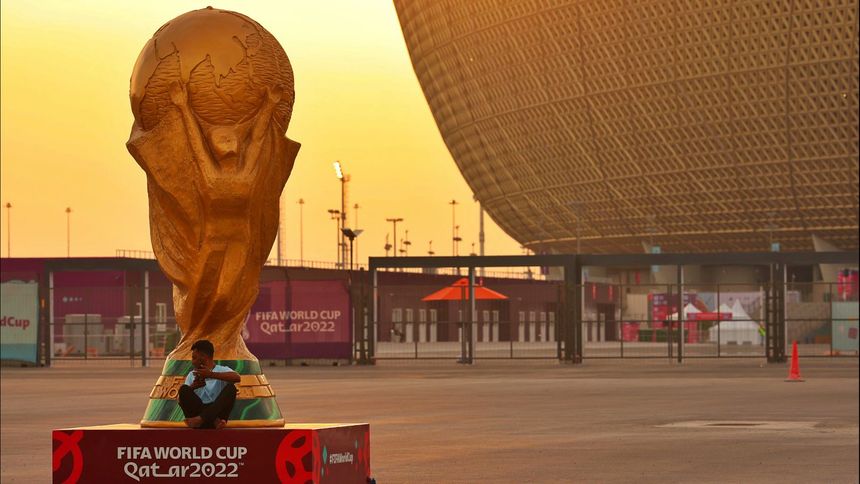